AMBruno launched its 2017 collection titled [sic] at PAGES Leeds / International Contemporary Artists’ Book Fair, at The Tetley 4 to 5 March. They were shown again at the Bristol Artists Book Event (BABE) at the Arnolfini, Bristol, 1 to 2 April and at MISS READ: Berlin Art Book Festival 14 to 16 July at Haus der Kulturen der Welt, Berlin. The collection includes my book, ‘Degenerate’. 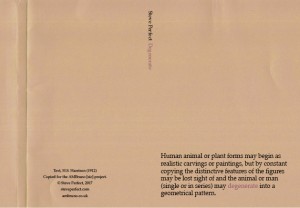 More details about the project are here. 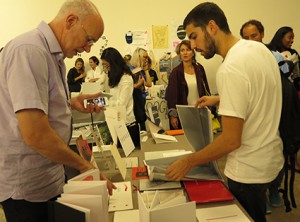 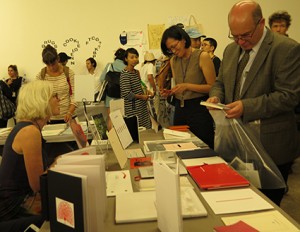 Pictures from the fair.

Over the weekend of 5th and 6th March, the 19th International Contemporary Artists’ Book Fair is taking place at the Tetley in Leeds. I will be there with AMBruno and my new book ‘Shunt’ will be available, detail below. 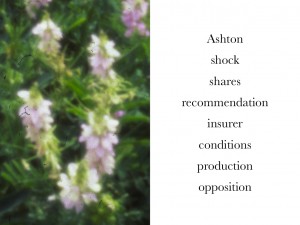 I will also be reading at 2PM on Saturday. All welcome. Free entry.

Like buses, events arrive inconveniently spaced. This weekend I am involved with the London Art Book Fair at the Whitechapel Gallery and the 365 Drawings Open Day at OHOS in Reading.

I will be at the Whitechapel on Friday 26/9/14. My book ‘Bird Oil’ which is part of the AMBruno ‘Lists’ project and my new print edition ‘The Night Man’ part of the ‘Stills’ project, will be available throughout.  Please come along. Details: here.

All the drawings made for ‘365 Drawings’  will be on show at OHOS in Reading on Saturday 27/9/14. There is a substantial series of events, performances and a banquet. I will be reading a new piece called ‘Getting There’ at 12:05. Well worth a visit. Details: here.
Download the Programme.

UPDATE
Installation of my work ‘Fallen Things’  at 365 Drawings exhibition

AMBruno is taking part in the Berlin Liste Fair 17th-21st Sep. We will be showing a selection of our books and prints from the ‘Stills’ Project  (including some of mine) to a new audience.

Details of the Fair here. 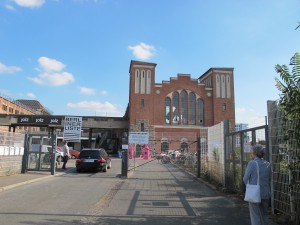 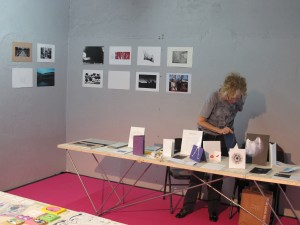 My book ‘Bird Oil’ is on show at the AMBruno table at the Liverpool  Artists’ Book Fair on the 4th and 5th July 2014.

The first major Liverpool Artists’ Book Fair will be held in Liverpool’s spectacular refurbished Central Library on Friday 4th and Saturday 5th July 2014. There will be around 30 tables of artists’ work for sale. Entry for the public is free.

More information about the Book Fair at their website.

I have been part of AM Bruno since 2009 and taken part in  many of its projects and events, including the London Art Book Fair at the Whitechapel Gallery, Project 101 video works at the LAB Gallery in New York and ‘Surfaces: Works on Paper’ at Sput+Nik Gallery in Porto.

My work for AMBruno Projects

From the AMBruno website:
AMBruno is an alliance of artists, established by Sophie Loss and Mary Yacoob in 2008, initially with MA Fine Art graduates from Central Saint Martins College of Art. The artists have diverse individual practices, including painting, photography, video, performance, printmaking and sculpture, but are brought together by a common interest in the medium of the book. Since 2009 the group’s activities has been coordinated and developed by Sophie Loss, with the advice and support of fellow members.

AMBruno has shown artists’ books in exhibitions and at events such as fairs since 2008. Since 2011, for such occasions, participants have been invited to engage with a given theme, such as Blue, One-Fold Books, Black Circle, 16, and Lines. In addition to these book works, related projects have included newly commissioned 101-second films shown in New York in 2011, an exhibition of works on paper in Porto in 2012 and prints at Multiplied in October 2013.